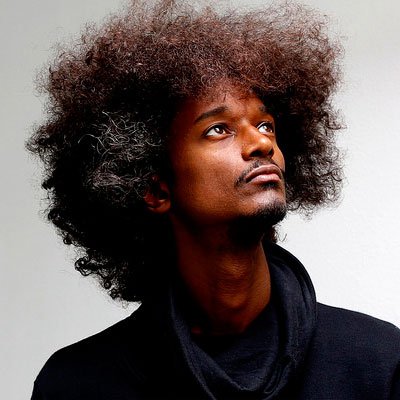 Born in Toulon, South of France. Immediately moved to Paris, then Milan, New York, Los Angeles, back to Paris, back to Los Angeles, back to New York, to Miami, and now in Berlin.
Background: Started Deejaying at 11 years old in New York. Started writing HipHop songs at 13. Started recorded at 15. As an adult got into Visual Arts, Video, Animation, Photography, Illustration, Design, Programming…
Now connecting music and visuals together while writing software to create Immersive Experiences through performances and installations.

AudioVisual Performance using Leap Motion + MYO (Wearable) sensors.
Projection covering a large surface with the performer in front of projection on stage playing my music and controlling the Animated Visuals which react to my hand movements / gestures, and sound.