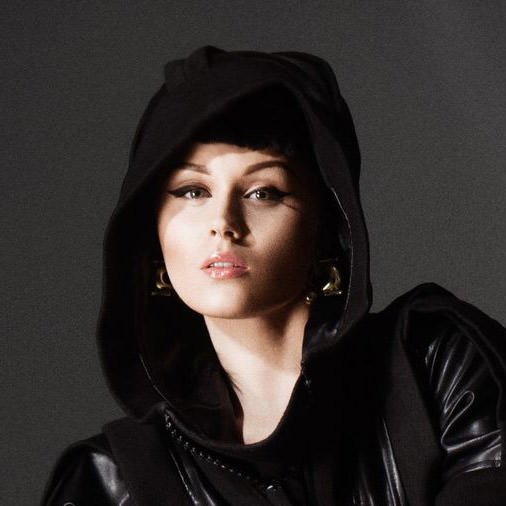 VM’s life journey of explorations have gained her the reputation of being a artist outside of the box. Born in USSR in 1987 into a troublesome childhood and health struggles of the soviet regime and restricted society she escaped to London at the age of 12.

When Viktoria was 15, she decided it was time to amputate her left leg. An accident at birth had damaged it, and dozens of reconstructive surgeries failed to fix it. But still, it took five years to convince surgeons an amputation would help her take back control of her health, her life, and her identity.

Going from the extremes of hospital confinement in Latvia due to trauma during birth she fell into yet another extreme of underground subculture of London. Overwhelmed with constant discomfort about her predetermined identity she has found the perfect playground for self discovery amongst iconic clubs and fashion personalities.

Early interests in eccentricity got her an early start in modelling career working with alternative clothing brands at the age of 15. Its around that time that she decided that realising her dreams and exploring her potential was simply not possible with the uncertainty of her disfunctioning leg which has been a negative burden left by the USSR system following 15 surgeries.

Inspired by creative cult imagery of Alexander McQueen and Matthew Barney VM have approached doctors to have her lower limb amputated and replaced by a prosthetic to finally take control over her body. Five years of medical battle to find the support for her decision and many frustrated creative limitations she finally had a voluntary operation at the age of 12.

In many ways this was the real start of VM’ creative life. Shortly after the transformation she embarked on several creative projects that went on shaping her individuality.

VM set the tone collaborating with JAMES STROUD who’s nude portrait of her was nominated at The National Portrait Gallery and exhibited at the opening of St Pancrass Int Station. By then after years of not participating in the things she loved she had developed the idea of an artistic world she wanted to create.

Never identifying herself with the disability tagline or dominated by her physicality in 2012 VM starred in a key performance at the PARALYMPIC CLOSING CEREMONY directed by Kim Gavin. It was broadcasted LIVE to over a billion viewers worldwide. Her role as the enchanting Snow Queen wearing a Swarovski prosthetic leg & performing with the main skating cast from Dancing On Ice gave birth to her new understanding of enhancing cultural landscape though unorthodox vision of mixing fashion, sexuality, physical augmentation in a progressive way.

While continuing cultivating her profile in the media with publications such as iD, Wonderland, Grazia UK (and Italy), LOOK, Notion, The Times, Music Week, PRS Magazine and public talks at Wellcome Trust Museum, VM soon entered a collaboration with CHANNEL4.

Their visions collided looking to fill the gab between pop aesthetic, credible art and physical representation within the media. They went on to creating a campaign music video/film that would later take the world by storm generating over 45 million view impressions worldwide featuring in almost all popular blogs, magazines and news channels.

The video that was part of the Born Risky season, directed by the talented Saam Farahmand became a milestone in cultural perception of identity. ( see full information about the campaign ) Throughout the project the intention was to maintain authenticity giving VM incredible creative control and a platform to tell the story in an honest way.

Following that success her profile elevated further with a global modelling contract with IMG and a Directors Fellow position at the prestigious MIT Media Lab where she hopes to diversify further.

Her mission remains to explore the future depths of a human experience. 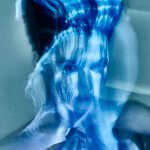 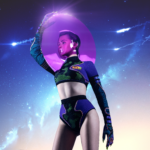 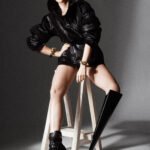 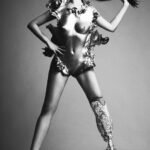 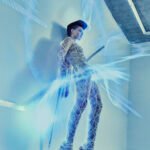 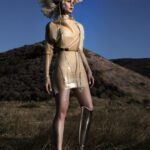 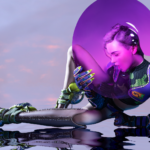 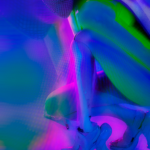 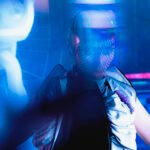 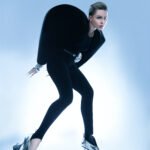 All sessions by Viktoria Modesta