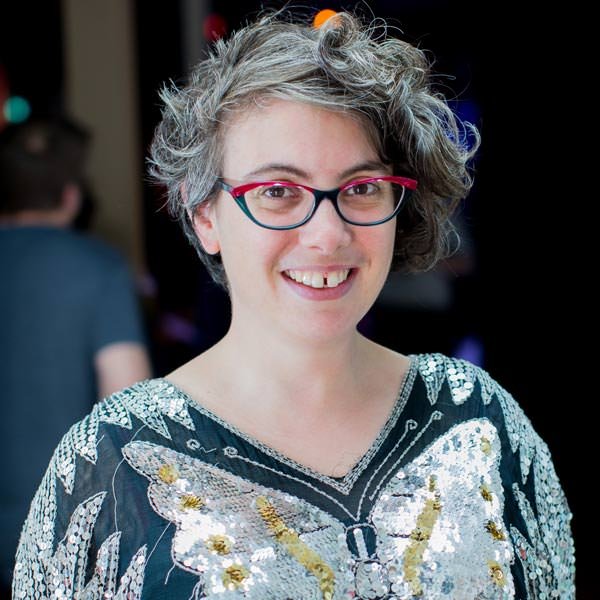 Laura Kriefman is an Architectural Choreographer. She is a 2016 INK Fellow, 2015 WIRED Magazine/The Space Creative Fellow and a 2011-2012 Fellow of the Clore Cultural Leadership Programme. Her company Guerilla Dance Project www.guerilladanceproject.com has won multiple awards for digital innovation and specialise in Augmented Dance: the fusion between movement and technology. Resident at the Pervasive Media Studio, Bristol, they create interactive installations and spectacles that have been commissioned worldwide including USA, Brazil, Ireland, Croatia, Europe, India, and Indonesia. www.guerilladanceproject.com www.masscranedance.org

Laura Kriefman will be performing an excerpt of Kicking The Mic: Kicking the Mic fuses live tap dance, looping and a fully sound reactive LED dress. It takes the percussive sounds of tap dance and turns them into samples of different instruments from flutes to cellos to tables. Looping and layering these sounds, the dancer creates danced compositions that are visualised in real time on the LED dress, worn by the performer. The LED dress dynamically lights up and changes colour in response to the live sounds, creating a visual score to the music and dance.