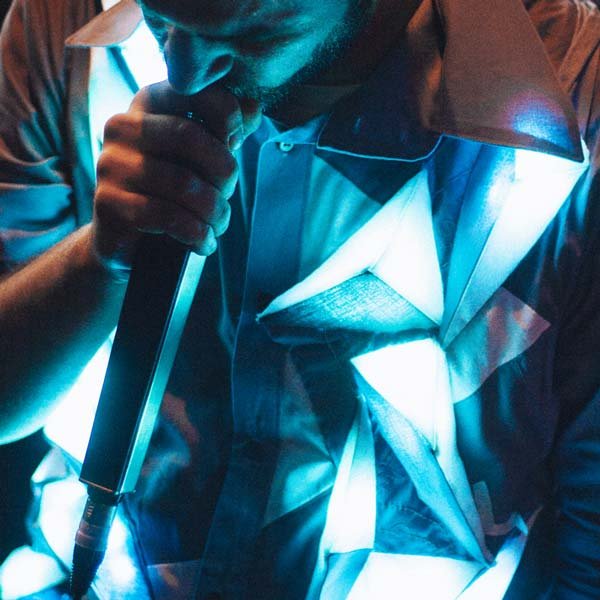 The austrian producer and musician Fump meets french singer AntekZzz°:… in Berlin. In the shortest time and with great ease they produce their first EP “Who is Jenny?”. The situation in their adopted place of residence is the main topic. At last and with an ironic twinkle, they call this attitude of life “Jenny”. This Soundtrack of a night – an exciting mix of minimal-electonic-beats, driving basslines and heroic 80ies synths – takes place in the pulsating city. AntekZzz°:….’s expressive voice is describing the facets of urban life
in a very emotional but also humorous way.
The clubby tracks – an explicit invitation to the dancefloor – follow
no song structures, but at some point you have to sing along.

The nearly completed album awaits us in 2015. The concept is maintained and Jenny’s affairs are almost led ad absurdum.

Live, the duo presents the music with wearable technology by Mika Satomi (www.kobakant.at). It is a unique, highly aesthetic visual act – worn directly on the body.