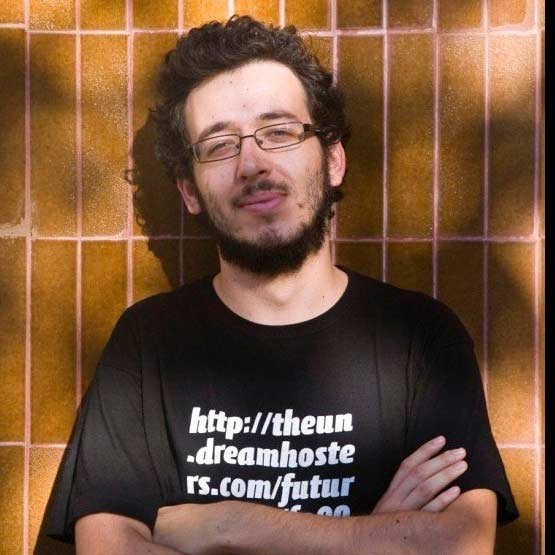 Pedro is a PhD student of Prof. Patrick Baudisch’s Human Computer Interaction lab in Hasso Plattner Institut, Berlin. Pedro creates wearable interfaces that read &amp; write directly to the user’s body through the muscles [plopes.org]. Pedro focuses on augmenting humans &amp; their realities by using electrical muscle stimulation to actuate human muscles as interfaces to new virtual worlds. A believer in the unification of art and research, he often gives talks about it [Campus Party 2013, A MAZE 2014, Tech Open Air 2015].

What are the wearables of the future? What if not all wearable devices connected to our bodies instead of using LEDs and smart-watches?

We demonstrate how wearable devices that talk directly the the wearer’s muscles allow for completely new experiences such as: animating everyday objects, feeling and interacting with virtual data, immersive experiences in virtual reality and so forth. I will bring and demonstrate on stage my lastest prototypes that connect directly to the body: plopes.org